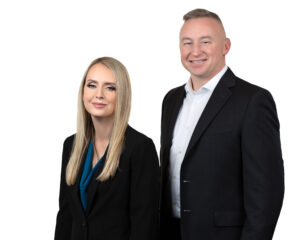 In re 1LT, Army – GOMOR issued for inappropriate relationship; rescinded in its entirety because client had filed an restricted report of SA and command abused its authority in rendering the reprimand

In Re O-6, Army – Relieved of command pursuant to Vanessa Guillen investigation, 3 derogatory findings initially; after responding to derogatory findings, all derogatory findings were cancelled or amended to exclude client; retirement granted at O-6 level despite efforts to administratively reduce based on our submission for client; pending appeal on illegal relief for cause by the Secretary of the Army

U.S. v. E-5, Navy – Investigated for sexual assault; based on independent investigation, client was taken instead to NJP

U.S. v. E-3, Army – Client was pending investigation for sexual assault of minor; conducted investigation to reveal minor had held herself out as of age; client chaptered for separate misconduct pertaining to marijuana; no action taken regarding sexual assault

U.S. v. E-7, Army – Investigation related to alcohol incident while deployed; investigation and efforts resulted in a non-punitive and unfiled letter of concern without further action against client

In re O-4, Navy – Represented client at NJP for perceived malingering and failing to obey / report; follow on board of inquiry resulted in retention; client will be able to retire

In re 1LT, Navy – Allegation of sexual assault of former girlfriend resulted in board substantiating and voting to eliminate

In re O-6, Army – client arrested coming outside of a massage parlor in uniform, suspected of soliciting prostitute; command issued letter of reprimand, which was filed permanently

In re E-7, Army – Assisted client in investigation for allegation of toxic leadership; unfounded with no action taken

In re E-7, Army – Assisted client in investigation for allegation of unlawful discrimination, bullying, and toxic leadership; unfounded with no action taken

In re O-4, Army – Assisted client in investigation for alleged equal opportunity complaint; unfounded with no action taken

In re E-5, Army – Represented client during investigation for alleged inappropriate relationship with local national during deployment; client accepted NJP

In re E-6, Army – Represented client at an administrative separation for allegations of being disrespectful to senior NCO, violating command policy by wrongfully using discriminatory language, and an unrelated and non-recent DUI. Board substantiated only the DUI and voted to separate with an Honorable Discharge, which was client’s goal.

U.S. v. E-5, Navy – Client tested positive on urinalysis for THC (marijuana); advised client to turn down NJP, and he did. After substantial efforts on investigation, firm transitioned to trial consultation with military counsel. Firm’s strategy and direction resulted in a full acquittal at court-martial.

In re O-5, Army – Client was investigated for allegations of hostile work environment sexual harassment; after firm’s efforts, investigation was closed out unfounded

U.S. v. E-7, Army – Client charged with forcible rape from deployment with allegations that came forward almost 5 years later; after aggressive conduct at the Article 32 and afterward, including significant defense investigation, all charges were dismissed before trial

In re O-3, Air Force – Client put hands on military subordinate in frustration and received NJP but will continue to serve

In re E-7, Air Force – After multiple investigations into alleged improprieties with subordinate and toxic behavior, Client received an LOR

In re O-3, Army – After DUI arrest by civilians on the way to work, almost 2 years later client received GOMOR; after our submission to the convening authority including an affidavit from a former patrol officer expert, the GOMOR was rescinded

In re O-3, Army – Military credentials action taken (initial summary suspension) for failing to show improvement and repeated negligence; assisted client during first stage but client opted not to continue to fight

In re O-3, Army – Client accused of inappropriate relationship with XO while in command; after submission of GOMOR rebuttal matters, Commanding General rescinded the GOMOR in its entirety; assisted client in special selection board when erroneous information reported to the board about the unsubstantiated GOMOR

In re O-4, Air Force – Client fought adverse medical credentials action and our initial response resulted in cancellation of the action altogether. All privileges intact.

In re CW02, USMC – Represented client during BOI from prior NJP that client accepted prior to our representation for inappropriate relationship with spouse of fellow service member and wrongfully ordering illicit substances online and attempting to introduce them into foreign country; board substantiated misconduct and voted to separate prior to becoming eligible for retirement

In re O-5, Army – Client received GOMOR for alleged inappropriate conduct for sending unprofessional text messages and emojis to female subordinate. Client was retained at the BOI.

In re O-3, Army – Command initiated tab revocation for Special Forces officer for allegation of domestic violence; after submission indicating evidence of innocent and fabrication by spouse, client will retain his tab

In re O-5, Navy – Command initiated elimination action BOI nearly two years after DUI at .082 BAC; client was retained at the board

In re E-4, Army – Client retained firm to assist her during investigation for adultery; client declined additional help for adverse command action

In re O-4, Air Force – After receiving NJP for assaulting subordinates (prior to our representation), Client requested assistance in the command’s notice to remove from the promotion list to O-5. Our submission resulted in the command deciding only to delay her promotion.