Full Focus From Day One

Ms. Stewart is committed to providing quality representation from day one. The pretrial investigation is crucial in every court-martial case. At the heart of every effort to stop an investigation from becoming a charged case is investigation.  Unlike many of her competitors, the Law Office of Jocelyn C Stewart, Corp. focuses from day one at running a collateral investigation to understand the state of the government’s evidence and to attempt to find evidence the government has yet to uncover.  The firm’s ability to make the most significant impact is linked to how early clients find us. Investigation is the most important aspect of any case preparation and in many cases, is the best opportunity to stop a case before the preferral stage. However tempted a service member may be to wait and “see what happens” most often it is a mistake to wait.

As a prior Special Victim Prosecutor, Ms. Stewart trained many of the service prosecutors and Army investigators – she knows how they operate, where to find favorable evidence and how to exploit it in her cases. Understanding the military’s law enforcement also enables her to anticipate where are the holes in the government’s investigation and how to obtain evidence without using subpoenas through the government.

Ms. Stewart has obtained the trust and reputation in the community of military justice practice that enables her to work with the industry’s most respected expert consultants and expert witnesses. Not every expert is willing to work with every court-martial defense attorney, and Ms. Stewart is able to hand select the best team of experts in any given court-martial to compel them at the Government’s expense, not yours. You want someone who is going to bring every resource possible to bear in your case.

Ms. Stewart remains always motivated, is prepared at every stage, and only takes action only after considering the best strategy on how to proceed in any given case. Often, attorneys in any given practice area can become complacent, guided by their own financial interest, rather than remaining focused on the client’s best interest. Those other attorneys may “rest on their laurels”, recycling the same motions, and never keeping current on changes in the law. Ms. Stewart’s personal philosophy would never permit her to become satisfied with last year’s recycled motion. Every case deserves individual attention, and Ms. Stewart is committed to ensuring that each client feels individual attention and care.

Ms. Stewart is not about volume; she’s committed to taking cases where she can have the most impact. Often asked if she only takes cases she knows she can wins, Jocelyn is quick to explain that she never backs away from a challenge. Always looking to help fight for the “underdog” Ms. Stewart wants to be a leveling factor, to leverage all resources, knowledge, and experience for the clients best positioned for her help.

Our Attorneys and Team Members 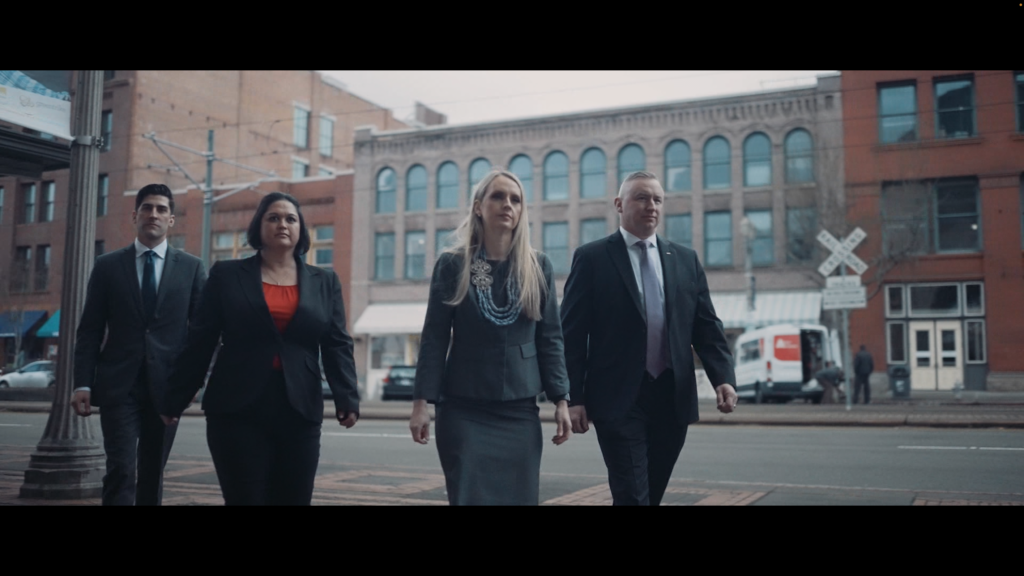 Ms. Stewart does not attempt to practice in volume. By selecting clients for whom she can do the most good, Ms. Stewart provides personal, in-depth, and thorough representation.

Court-Martial Litigation is Chess, Not Checkers

Every Move She Makes is Calculated and Focused on Closing Argument

If the current political climate means regrettably that you find yourself at counsel table, if you are next to Ms. Stewart, you will find that every step she takes in your case has been carefully made to set up the most persuasive arguments possible during her closing argument. Criminal litigation is a complex series of chess moves, and Ms. Stewart is always thinking dozens of steps down the road.

Ms. Stewart’s only focus has been military justice since 2005 both as a former prosecutor and as a military defense attorney. The person most knowledgeable about breaching a defensive position is someone who has expertise at constructing them – Ms. Stewart is both. She has an intimate knowledge of the tactics to consider, arguments to make, and potential weaknesses to exploit. As the only former Army Special Victim Prosecutor now practicing as a civilian defense attorney, Ms. Stewart is able to give her clients a unique advantage. She understands the politics involved in the amendments made to the law and was once consulted by the highest levels of policy-makers. Ms. Stewart is an attorney who has likely trained your opposition or their predecessors.

Technical Expertise in the Uniform Code of Military Justice

Unfortunately, because The Judge Advocate General in every branch is committed to producing well-rounded military lawyers there is insufficient focus on criminal law expertise, and even less on producing technically and tactically proficient criminal defense attorneys. In addition to Ms. Stewart’s technical expertise in the Uniform Code of Military Justice and its robust case law, her status as a civilian attorney enables her to communicate freely with media, if helpful to your case, unlike her military counterparts. Ms. Stewart’s recent work as a trainer and her dedication to staying current make her an easy choice.

In 2012, the Army Judge Advocate General released the suggested career progression as the proposed model to help ensure that Army lawyers will make rank. The “model career plan” does not mention any specialization, even in criminal law. There is no guarantee that the appointed military attorney has the necessary experience to defend you or even basic courtroom advocacy skills relevant to guard your freedom. The military’s commitment to providing you with an attorney is to ensure you receive an “adequate defense.” Ms. Stewart is committed to bringing you the very best she possibly can. Once convicted, your chances of obtaining relief from the commanding general or military appeals courts are statistically rare, making your decision for a zealous trial advocate even more important.