Why did I leave the Army to become a Civilian Defense Counsel? 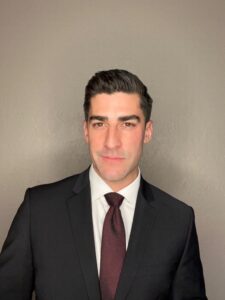 I have seen firsthand how crushing the United States government’s weight can be on a person’s liberty, identity, and soul. Being able to help those in that situation is incredibly rewarding, and it is a calling . . . it is my calling.

The truth about active-duty defense counsel (Trial Defense or Area Defense Counsel) is that it’s rare for anyone to volunteer for that job; most are “volun-told.” Some take to it like a fish in water; some don’t. In the Army, it is only a position they hold for two years before they move on to an unrelated and easier role. For most, it was not their first choice of jobs. This isn’t fair to the client who needs expert help.

When the Army sent me to TDS as a First Lieutenant (O2), I didn’t think I was ready for that heavy responsibility of helping others in their darkest time of need. The Army’s Trial Defense Services leadership had training to support and develop me, but that did not make up for the cold and hard truth that my then-clients deserved more than a lawyer who was learning on the job.

When a servicemember’s job, liberty, and life are on the line, he should have skilled experts aiding him . . . fighting for him. Why doesn’t the military allow Defense Counsel to be its own MOS? Sadly, once a military counsel has obtained a good amount of skill and experience defending service members, that military counsel is moved to a new role and rarely ever again directly helps service members.

If being a Trial Defense Attorney in the Army was its own MOS, I would have stayed 20+ years. I fought to stay on as a Trial Defense Counsel longer than anyone has been allowed to. Towards the end of my 2-year position, I earned the ability to stay on another year, kept fighting for service members and mentoring new defense counsel. At the end of my third year, I knew what was inevitable: the Army would move me to some role that had nothing to do with my unique skills and trial experience.

Moving to a new role to help me “generalize” was unacceptable to me. I am a trial lawyer, and I will always be a trial lawyer in my heart. I began applying for civilian positions that would keep me in trial work. That’s when I “dropped my packet” (submitted my resignation letter). Having the opportunity to continue in defense of military service members long term, means everything to me. I knew that taking a position at Law Office of Jocelyn C Stewart as a civilian would give me more time to the mission, fighting for and “defending those that defend America.” (The Army’s defense slogan).

Now, as a civilian, I can continue with that mission, fighting for my clients. They deserve fighters who are experienced and understand the system . . . the system that is tilted against them.

Recent changes in the law and the military justice system have proven one thing, in my opinion, the military is focused on metrics and not on service members. What I mean by this is that it is focused on convictions, not on protecting the individual rights of service members. I have seen the military place its uniformed lawyers with little to no legal experience in one of the most powerful positions a judge advocate can have over service members, Trial Counsel (Prosecutor). I’ve seen Trial Counsel take shortcuts because either it was easier, or they didn’t know better. I have seen them not held accountable for these shortcuts, and clients suffer the consequences instead. Although I left the military, I couldn’t idly stand by and watch this happen again and again to service members.

This is why it is vital to have an experienced defense attorney who knows the system, the pitfalls, and how to fight to correct them. I know I do not have the power (yet) to correct or fix the military justice system. Still, I do have the knowledge and skillsets to make a difference for my clients one at a time. This gives me purpose. This fires me up. This gets me out of bed and carries me through the day. I am passionate about what I do, and I am so blessed to say that and mean it.

I have also seen service members hire civilian defense counsel who clearly did not know what they were doing. Professional ethics demanded that I assist the civilian lawyer and hold my tongue by not bad-mouthing the lawyer to the client. I wanted to tell my client that their civilian defense counsel was doing it wrong, not listening to sound advice, or just didn’t get military culture. But I couldn’t. That is hard . . . really hard to do and to watch.

That’s why I decided to become a civilian defense attorney and do it right. After all, why would I leave behind what I am passionate about and good at? As a civilian defense counsel, I am still contributing to the mission of “defending those who defend America.” And now, I get to do so for all branches of the military. I am so honored and proud to be a part of this Firm, a team dedicated to providing excellent representation to service members.

One of the least understood organizations within the military command is that of the Inspector General (IG).  Throughout my career,…

The Defense is Entitled to a Defense

Of the seven proposed changes the Judicial Proceedings Panel (JPP) made in its February 2016 report, those that are the…

This site uses Akismet to reduce spam. Learn how your comment data is processed.