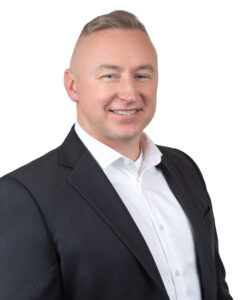 The Law Office of Jocelyn C Stewart, Corp. is proud to announce that Sean F. Mangan is now Of Counsel to our firm.  Joining us after a highly successful Army JAG Corps (JAGC) career, Lieutenant Colonel (Retired) Mangan brings an unmatched range of experience to the Stewart legal team.

A seasoned attorney and criminal law expert, Sean holds a Master of Laws (LLM) degree, a Top Secret (TS/SCI) security clearance, and a “Master Military Justice Practitioner” Army Skill Identifier (ASI).  With time in both civilian and military courts, Sean Mangan has a proven track-record in criminal cases and adverse administrative actions.  His former clients include commanders, general officers, and high-profile servicemembers.  Having done virtually every job in the criminal justice system—investigator, prosecutor, defense counsel, appellate counsel, and trial judge—Sean is able to provide our clients with superior advice and representation in both military and civilian criminal matters.

Legal Experience at All Phases

His legal experience is even greater:  Sean has prosecuted criminal cases in state courts, federal courts, and military courts.  He has personally represented high-ranking clients in sensitive matters and led the Army’s busiest trial defense region.  On behalf of those already convicted at the UCMJ trial level, Sean authored and argued appeals to their court-martial convictions to military appellate courts and the Supreme Court of the United States.  While deployed, Sean prosecuted international terrorism cases in foreign courts.  Given his legal acumen, wisdom, and overall insight to the military justice process at all stages, Sean was selected to serve as a military trial judge.  While serving as a trial judge, he presided over trials involving rape, aggravated assault, drugs, larceny, military-specific offenses, among others.  His position as trial judge put him in a position to rule on all manner of legal issues. As the landscape of military justice practice shifted with new appellate decisions, Sean was tasked with drafting implementing changes to the script used by all trial court judges.

Sean Mangan taught thousands of attorneys as a Professor of Criminal Law at the Army’s ABA-accredited law school.  He assisted counsel in honing their knowledge of case law and procedure, and coached them in trial skills.  Notably, Sean also taught several iterations of the judge’s course, a requirement for any military judge to serve in each of the services.  Before retiring, he served as a senior criminal law policy attorney at Army headquarters.

As a former Military Police Officer, Judge Advocate, Professor, and Judge, Sean is among the most knowledgeable individuals on military justice and criminal law.  Unlike most retiring judge advocates, Sean’s knowledge of military law is not stale. He is current on cases and practices, and is poised to take on zealous representation.

More about Sean’s Career and Experience

Sean is a member of the Washington State Bar, Oregon State Bar, United States Supreme Court Bar, and is admitted to practice before both Army (ACCA) and federal military (CAAF) appellate courts.

A Washington State native, Sean began his nearly 30-year career in criminal justice at the Spokane Police Department, where he accumulated over 3000 hours of training and experience in all aspects of law enforcement operations.  At the same time, he attended Gonzaga University on a four-year Army ROTC Scholarship. A 1996 Distinguished Military Graduate, Sean was commissioned as a Second Lieutenant (Regular Army) in his branch of choice: the Military Police (MP) Corps.

Over the next four years, Sean graduated from the MP Officer’s Basic Course (Commandant’s List) and served with the 571st MP Company, the 504th MP Battalion, and the 1st MP Brigade (Prov.) at Fort Lewis, Washington.  His duties spanned the full spectrum of law enforcement and tactical operations, including operational deployments to Bosnia and Egypt.  Promoted quickly to Captain, Sean was offered an early company command but declined, choosing instead to enter the Army’s highly-selective Funded Legal Education Program (FLEP).

Sean attended the University of Oregon School of Law.  Recognized early for his abilities, he was the 2001 mock trial “Outstanding Advocate” and was asked by the school to tutor other law students.  As an active-duty FLEP officer, he reported to a JAGC office between school years—where his law enforcement experience was put to work reviewing and developing criminal cases for prosecution.  During his third year of law school, Sean interned with the Lane County, OR, District Attorney’s Office, where he helped prosecute cases ranging from drugs to kidnapping and, even though just a law student, solo-tried multiple jury trials.  He graduated in 2003, earning a Juris Doctorate (JD) degree with a Criminal Law Specialization.

Over the next 16 years, Sean committed himself to becoming the Army’s best criminal law attorney, seeking out assignments in this specialty area. His first JAG tour was at Fort Polk, Louisiana, where then-CPT Mangan worked a variety of duties.  In addition to advising military investigators and prosecuting courts-martial cases, he served as a Special Assistant United States Attorney (SAUSA), prosecuting civilians in federal court.  Sean was selected to serve as a Part-Time Military Magistrate, reviewing warrant requests and pretrial confinement actions.  His stellar performance in those duties led to his early selection for a Chief of Military Justice job, supervising all prosecution activities and serving as the criminal law subject matter expert (SME) for the installation.

Sean’s early success in criminal law did not go unnoticed. Following his tour at Polk, Sean was invited to join the Defense Appellate Division (DAD) in the Washington, DC area.  He represented Soldiers appealing their courts-martial convictions before the Army Court of Criminal Appeals (ACCA) and the Court of Appeals for the Armed Forces (CAAF).  Although scheduled to leave after one year to attend the JAG Graduate Course, Sean was asked to remain and become one of two Branch Chiefs for DAD.  In his second year, Sean supervised 12 appellate counsel, worked hundreds of appeals, and filed a petition for writ of certiorari with the Supreme Court of the United States.  Not only did Sean author the standard operating procedures used by DAD to this day but also Sean created the unit’s official crest.

In 2008, Sean headed to Charlottesville, Virginia and The Judge Advocate General’s Legal Center and School (TJAGLCS) to attend the JAG Graduate Course (the JAG Corp’s equivalent to the Career Course, which JA’s attend as majors).  In addition to graduating with an LLM in Military Law, he received a Certificate of Specialty in Criminal Law.

In 2009, Sean deployed to Iraq to train Iraqi lawyers and judges. One week into his deployment, his mission changed.  The legal realities of the recently-signed Iraq-US Security Agreement were frustrating counter-terrorism efforts by US Special Operations Forces (SOF).  Then-MAJ Mangan was attached to a SOF task force and given the job of leveraging legal authority to keep the counter-terrorism mission going.  Over the next 12 months, Sean led a multinational team of intelligence, legal, law enforcement, and support personnel that investigated, warranted, and prosecuted terrorists in foreign criminal courts, providing both a legal basis for counter-terror missions and a lawful method of holding captured terrorists accountable.  Partnered with Tier-1 Special Operations Forces and working directly with foreign investigators and judges, Sean successfully handled 100+ terrorism cases, including death-penalty, classified, and INTERPOL cases.

Returning from Iraq to TJAGLCS, Sean joined the faculty as a Professor of Criminal Law.  Over the next three years he trained 1000+ attorneys and judges of all experience levels, developed courses, authored publications, advised LLM candidates, and mentored new counsel.  He personally taught the majority of the JAGC as well as JAG-types from all other services. His legacy at “The JAG School” remains: The Intermediate Trial Advocacy course, attended by all Army trial lawyers that Sean created, continues to this day.

In 2013, then-LTC Mangan joined the US Army Trial Defense Service as the Regional Defense Counsel for the Southwest United States.  He led 30 defense attorneys and paralegals defending more cases than any other TDS region: one-fourth of all Army criminal trials. In addition to supervising and training members of those bustling four separate legal offices, Sean personally represented general officers, senior leaders, and high-profile clients in formal investigations, criminal cases, and adverse administrative actions.  When an issue arose in the Fort Hood Shooter Case, LTC Mangan was tapped to provide legal advice to Major Nidal Hasan.  When SGT Bowe Bergdahl returned to the US and faced an Army investigation, Sean was his military attorney.

In 2015, Sean became a Military Judge in the Army’s Trial Judiciary.  Returning home to JBLM, he presided over courts-martial in Washington, California, and Alaska, including jury and bench trials and all types of hearings.  In cases ranging from rape to complex fraud, he acted on the full spectrum of legal, procedural, and evidentiary issues, without clerk support.

Sean’s final assignment with the Army JAG Corps was with the Criminal Law Division in the Office of the Judge Advocate General, HQDA.  He served as a senior policy attorney and helped implement the historic overhaul of the military justice system from the Military Justice Act of 2016.  That law brought the biggest changes to military justice since the UCMJ’s creation.  Sean played a key role in rewriting the Army’s criminal justice regulation (AR 27-10), creating new forms and tools, and advising on key policy issues.  This recent experience, on top of his remarkable career, puts Sean among the most knowledgeable individuals on military justice and criminal law.

You can learn more about Sean F. Mangan in his Avvo Profile.