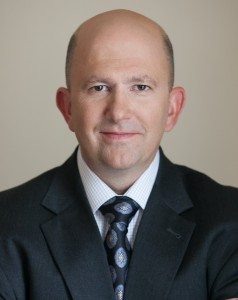 In 2014, Mr. Kageleiry retired from active duty as a Lieutenant Colonel having served sixteen years as a Judge Advocate and four as a military police platoon leader.  His active duty career culminated with a four-year assignment as the Senior Defense Appellate Counsel and Deputy Chief for the United States Army Defense Appellate Division.  As Senior Defense Appellate Counsel he took on the most complex appellate cases including sexual assault, murder, and death penalty cases.  While there, he also developed and implemented an appellate training program for new defense appellate counsel and a training program for death penalty appellate litigation.

Mr. Kageleiry has successfully advocated on behalf of service members at the Court of Criminal Appeals as well as the Court of Appeals for the Armed Forces, the highest military appellate court.  Since 1998, Mr. Kageleiry has successfully defended, prosecuted, and appealed hundreds of court-martial cases of almost every type and at every level of the military justice system.  He is proud to reunite with Ms. Stewart to provide exceptional appellate representation, court-martial defense, and administrative legal representation to service members needing an experienced team of advocates.  With Mr. Kageleiry’s addition, the Law Office of Jocelyn C Stewart, Corp. boasts more than 74 years of military specific legal experience.

As the Army’s Senior Defense Appellate Attorney, Mr. Kageleiry was involved in dozens of successful appellate cases.  Because of his experience, Mr. Kageleiry was selected to take on the toughest, most complex appellate litigation.  His appellate arguments prevailed in a number of difficult cases involving sexual assault – resulting in either the outright dismissal of charges or significant reduction in sentences.  In one case, for example, he convinced both the Court of Criminal Appeals and the Court of Appeals for the Armed Forces that the police violated his client’s right to consult with an attorney.  In another, he crafted a prevailing argument that the police had engaged in an overly suggestive photo identification lineup.  In yet another, he crafted the winning argument that the military judge had violated a service member’s right to present evidence of bias of the alleged sexual assault victim.

While Mr. Kageleiry was an of counsel with the Law Office of Jocelyn C Stewart, he wrote the brief that reversed the conviction of one of the MTIs at Lackland Air Force Base who had been sentenced to 25 years’ incarceration.  Jocelyn and Pete teamed up to identify the issues that would make the most impact.  Both were grateful when the Air Force elected not to retry the case and to permit the client to go on with his life.  Read more about the case here.

The breadth and depth of Mr. Kageleiry’s experience advocating for service members at all levels of the military justice system gives him a particular advantage in advocating for his clients on appeal.  Mr. Kageleiry began his military career leading paratroopers in the 82nd Airborne Division and 16th Military Police Brigade (Airborne), Fort Bragg, North Carolina.  He led platoons on multiple combat and humanitarian relief deployments.  In 1998, having completed law school, he returned to active duty and Fort Bragg as a Judge Advocate where he served as a prosecutor for the 82nd Airborne Division.  His next assignment was in Vicenza, Italy where he served as the senior prosecutor.  As a young prosecutor, Mr. Kageleiry obtained convictions in a wide range of cases including sexual assault, rape, sexual harassment, and aggravated assault.  Determined to stay in the courtroom, in 2003 Mr. Kageleiry became the Senior Defense Counsel, Fort Gordon Georgia – he quickly discovered his calling defending service members.  As a defense counsel, he obtained acquittals in a number of cases involving sexual assault.  After promotion to Major, Mr. Kageleiry led a team of prosecutors in Germany in what was at the time the largest jurisdiction in the Army – he supervised the prosecution of murder, sexual assault, and rape cases.  He next fought for and was given assignment as Senior Defense Counsel responsible for defending service members in Mannheim, Heidelberg, and Kaiserslautern, Germany.  Not satisfied to sit back and merely teach and supervise less experienced attorneys, he successfully defended a number of cases including a week-long homicide case resulting in a full acquittal.

Mr. Kageleiry earned his law degree from Boston College Law School.  He also holds a Bachelor of Arts from the College of William and Mary.  He also holds a Master of Laws with a concentration in Military Justice from the Judge Advocate General’s Legal Center and School in Charlottesville, Virginia.  He is a published legal scholar having written on police interrogation methods and the false and inaccurate “confessions” those methods sometimes produce.  His work has been cited by at least one military appellate court to support their finding that a military judge incorrectly denied expert assistance to an accused service member.  His article is available online.

Mr. Kageleiry has given numerous presentations to other attorneys on the Uniform Code of Military Justice, trial advocacy, and military appellate law and procedure.

Pete’s background makes him the perfect addition to the team, and we are excited to have him onboard once again.